Judith Elaine Walthers was arrested Monday on suspicion of murdering a 54-year-old man in his apartment in early February, according to the Mesa Police Department.
Walthers, 20, was booked on suspicion of first-degree murder, burglary, trafficking in stolen property, tampering with evidence and theft of a means of transportation.
Mesa police investigators were called to the home of Kevin Worzalla on Feb. 4, after Worzalla’s family members asked officers to check on the man because they had not heard from him for a week, according to detective Steve Berry, a Mesa police spokesman.
Officers found Worzalla dead inside his apartment near McDowell and Recker roads, Berry said.
Police said there were signs of trauma to Worzalla’s body and his vehicle and other property were missing from the home.
Berry said detectives later discovered Walthers had been staying at Worzalla’s home.
Walthers had been seen driving Worzalla’s vehicle and was arrested for vehicle theft, police said. During interviews with investigators, Walthers did not confess to any involvement in the death of Worzalla, Berry said.
Berry said DNA from Walthers was found on “bloody items” at the crime scene and there was evidence that Walthers attempted to clean the crime scene.
Source: thetrialdivas.com 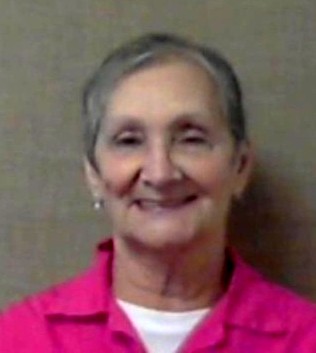 Her early life was traumatic. Born to a floozy mother and an abusive, alcoholic father her early childhood was rife with turmoil. It is reported that her father sold her into prostitution at the age of 9 to repay gambling debts. He later died of a reported heart attack in 1966.

She married in 1954 and bore her husband two children. Her vivacious personality made her the life of every gathering. She had crazy quirks like quoting Bible verses immediately after letting loose with a string of curse words that would make a sailor blush. She began working at Kroger in 1954 and by 1959 had been promoted to head cashier, the highest job Kroger offered women at that time. She began an affair with the store manager and in 1971 her husband died of a reported heart attack.

She dated a few Kroger employees after her husband’s death. Each one turning sour after a number of years, she sued Kroger and one of her bosses/boyfriends for sexual harassment and won a $275,000 settlement.

She eventually began to date Rev. Dwight Moore, the new pastor of the Carolina United Church of Christ in rural Alamance County, North Carolina. She asked him to procure her an amount of arsenic based ant killer. She was still seeing Raymond Reid, the man she originally cheated on her husband with, as well as the recently divorced good reverend in the mid 1980’s. In 1986 Reid died of Guillain-Barré syndrome and Blanche planned to marry Rev. Moore.

They married in 1989 and immediately upon returning from their honeymoon, Dwight fell sick. Many doctors and exams later it was determined that he had twenty times the lethal dose of arsenic in his system; the most arsenic in a living human the hospital had ever reported.

The authorities began an investigation and raised the bodies of Blanche’s father and husband and boyfriend. All were found to have exorbitantly high levels of arsenic in their remaining body. It is thought that she may also have killed her mother-in-law.

There is no way around it. Mrs. Moore is deadly woman, a Black Widow of the highest ilk. Something is missing in her that other people have. My guess is the early days of prostitution before she was even truly a woman mangled her mind.


She may be able to tell right from wrong but in many people the urge to take the easy money route is more than they can handle.

I have a tinge of sympathy for Blanche. I know plenty of party girls. It's when the party's over that they feel the real pain. Once the ride stops and there are no more swanky dinners and fancy trips, no gorgeous, sparkling jewels to wear around, it is a sober awakening. Only when the carrot is gone can they see whats really in front of them.

Blanche has spent many years on death row now. Dwight Moore didn't die but he still has health issues from the arsenic. If he hadn't of been quite so resilient, we may never have known the truth about Blanche.

There is a movie about Blanche called The Black Widow Murders starring Elizabeth Montgomery. It was a made for TV film but does a pretty good job at describing her character and personality. There is also a book, Preachers Girl by Jim Schultz.
at February 23, 2014 1 comment: Links to this post

Cynthia Katherine Cdebaca has been arrested in connection with the fatal shooting of her son-in-law, Geoward Flores Eustquio, with whom she shared a home in a swanky upscale San Diego neighborhood.

The school-aged children who live in the home said their were constant arguments about the son-in-law's tough love parenting style. So she shot him. It was at 8 a.m. on her 63rd birthday. Happy birthday to Cynthia.

Adult children of the family are describing the man as difficult to get a long with, alpha personality and stern. While the kids said he was stern and hard to deal with it seems it was not out of malice  but with a kind heart. So what we are hearing here is that the dude could be a douche and Grandma had her fill. Sadly, that happens a lot. I just read of a case where an old man shot a guy dead in the movie theater for texting during the previews!

I will bet money that this turns out to be some bad medication error and it all could have been prevented with some estrogen or something. Boo.
at February 16, 2014 No comments: Links to this post

I received a three page letter from Pamela Moss today. She had a lot to say. She apologized several times for the length of the letter, explaining that she has no family or friends save for one, an elderly gentleman, and was starving for someone to talk to.

Pamela is serving a life sentence for murdering a man she had a business relationship with, Doug Coker. The story goes that she owed him some hefty dough and didn't want to or couldn't pay. She met him at McDonalds for coffee. Somehow, she convinced him to meet her at her house and when he arrived she gave him a little blunt force trauma over the head and stowed him away under her porch.

She took off for a few days and authorities found his body after tracing his daily movements and seeing the video from McDonalds.

Her lawyer announced she would turn herself in but days passed without a trace of her. She was finally apprehended and indicted.

She spent seven years in prison previously in the manslaughter of her mother and her husband's death, of a supposed heart attack in 2008, is being reinvestigated. Hmmm.... She did mention in the letter that her husband died of a heart attack.

Her defence is that she has multiple personality disorder and it was an alter ego who felt threatened and killed Mr. Coker. The jury did not buy it. She received a life sentence and wrote to me from Pulaski prison.

Her letter was like most other newly sentenced lifers. She asked for a lot of legal advice and where to find pro bono lawyers. She had a lot of complaints about the food which I thought was odd since she'd spent seven years in prison already. This is not her first rodeo.

She did mention some issues with the medical staff I thought was a little startling. She claims the M.D., a Dr. Nazaire has been sued for malpractice several times and no longer has a medical license. She states three women have died under his care since her arrival.

She says "I'm told by many he works under someone elses license and doesn't even drive, A nurse, the medical director, Ms. Rodgers, picks him up on the days he works."

A southern prison employing an unlicensed doctor on the cheap? It isn't out of the realm of possibility. In the meantime-
Pamela asks for penpals saying:

Marissa Suzanne Devault has just finished the opening statements phase of her murder trial. She is accused of bludgeoning her husband to death with a hammer as he slept five years ago. Marissa claims that her husband, Dale Harrell, was physically, mentally and emotionally abusive to her throughout the previous years. She claims self defense.

Authorities have investigated and come to a far different conclusion. They say the witnesses to the alleged abuse do not back these claims. They say Marissa has given conflicting stories of her husband's murder and that the murder was premeditated.

The death penalty is on the table.

Initially, Marissa told authorities that her husband, in a fit of rage, strangled her until she lost consciousness and when she awoke, saw her roommate beating her husband with a hammer. Investigators say evidence on the scene does not show this. Eventually, she said she attacked him in his sleep after a violent sexual encounter earlier in the evening.

Now insert Allen Flores into the picture. A search of Marissa's computer revealed a two year relationship with Flores. A subsequent search of Flores computer revealed an e-journal in which he detailed giving Marissa $7,000 to hire a hitman. They also found a considerable amount of child pornography.

Flores was offered immunity in the child pornography charges in exchange for his testimony in the murder trial. The immunity agreement doesn't prevent authorities from filing pornography charges against Devault. Instead, the agreement bars authorities from using any statement that Flores makes during the murder trial in a pornography case, said Jerry Cobb, a spokesman for the Maricopa County Attorney's Office, which is prosecuting Devault. The reigning theory is that marissa killed her husband for insurance money in order to pay back a hefty loan of nearly $300,000 to her boyfriend, Allen Flores.

In opening statements Thursday, Prosecutor Michelle Arino said; 'The defendant likes money, and she likes easy money,' Much doubt about the credibility of Flores was established as well.