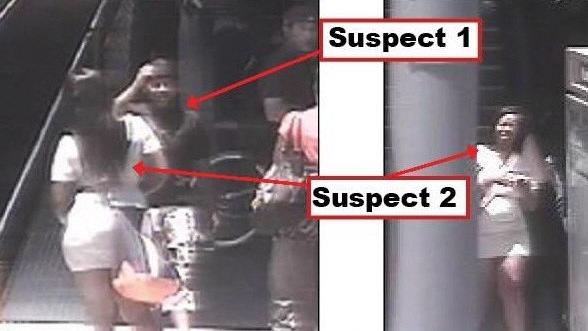 Two women caught on camera have been charged in the beating death of an elderly man as he waited for a train in Los Angelos. Virginia Marie Butler and Tracy Joy Gomez are accused of tragically beating  65-year-old John Whitmore as he waited for a Blue Line train. He died at the hospital a week later, after receiving severe injuries from the attack.

Prosecutors say the two women approached Mr. Whitmore and began beating him with their hands and feet, using brass knuckles on June 13 and left the scene after he fell to the ground. No motive has been declared and the investigation is ongoing. Gomez has a second degree robbery conviction from 2009 that will play a part in her charges.

Both women have pleaded not-guilty and remain in custody with million dollar bonds. If found guilty, they could receive life without the possibility of parole.
at August 30, 2014