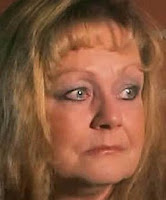 Cathy Lynn Henderson has received another stay of execution. Her original execution date was in April. She received a 60 day stay. elling the truth all along. It is only now that science has progressed so far that they can prove her innocence.

Its a damn shame that this woman has sat on death row all these years as an innocent woman who was tHer second date was set for tomorrow but she has now received another stay. Late Monday afternoon, the Texas Court of Criminal Appeals spared her life, for the time being.

It was split decision but in the end, the court found there is sufficient enough evidence that could show Baugh died from an accidental fall.

During the initial trial, the Travis County Medical Examiner testified the baby died after, "being slammed against a hard, flat surface."

The Henderson camp successfully argued to the Court of Criminal Appeals there is new technology, which wasn't available back during the trial in the mid-90s that could show his death was an accident.

A lower court will now have to go back and decide whether or not that claim is valid or not.

Henderson's execution has been delayed indefinitely.


Please consider writing a letter of clemency to Texas Govenor.

How to write an effective clemency letter

When writing your letter, it does not matter whether you agree with this or not: this is what the Parole Board members believe and it is the context in which they will make their decision.

* The members of the Parole Board are appointed by the Office of the Governor. They will almost invariably reflect the views of the governor, Rick Perry.

* Most members of the Parole Board are not attorneys (currently, four of the seven members are not attorneys), so they generally are not going to consider the legal problems in a case. The members of the Parole Board do not think of their role as being a court of appeals. They view clemency letters essentially as pleas for mercy, and they will need overwhelmingly good reasons to grant that mercy.

The bulk of your letter should focus on these points:

* Express concern for the victim and their family.

* Emphasize the inmate's humanity. If the Parole Board members are going to consider clemency, they need to be able to see them as a human being and not as a murderer. One thing you can do is stress that they are a parent or a child, an uncle, etc.

* The Parole Board members want evidence that the person for whom you're requesting clemency has changed for the better. For example, In Cathy Henderson’s case, it would be good to note that she has taken advantage of having spiritual advisors, culminating in Sister Prejean serving as her spiritual advisor.

* The Parole Board members will take into account a person’s criminal history. People with extensive criminal histories have no chance at clemency. For example, In Cathy Henderson’s case, she had no felonies and no violent offenses in her background, so highlight this in your letter.

Your letter might briefly mention the following things, but you should generally avoid them, and the focus of your letter should not be on these issues:

* Philosophical discussions about the shortcomings or the immorality of the death penalty. As far as the members of the Parole Board are concerned, the death penalty is a fact of law, and it’s not their role to change it. They have probably heard all the arguments before.

* The facts of the case. Unless there are extraordinary circumstances, the members of the Parole Board are not going to be weighing the merits of the case or the inmate's guilt or innocence. It would not be out of line, however, to discuss the perceptions of the facts.

* Avoid personal attacks on the people who have been involved in the case. Again, unless there are extraordinary circumstances, the members of the Parole Board are going to be inclined to believe in the integrity of the process and the people who are a part of the process.

Something to consider: Napoleon Beasley's Last Statement, May 28, 2002:

The act I committed to put me here was not just heinous, it was senseless. But the person that committed that act is no longer here - I am.

I'm not going to struggle physically against my restraints. I'm not going to shout, use profanity or make idle threats. Understand though that I'm not only upset, but I'm saddened by what is happening here tonight. I'm not only saddened, but disappointed that a system that is supposed to protect and uphold what is just and right can be so much like me when I made the same shameful mistake.

If someone tried to dispose of everyone here for participating in this killing, I'd scream a resounding, "NO." I'd tell them to give them all the gift that they would not give me...and that's to give them a second chance.

Tonight we tell the world that there are no second chances in the eyes of justice...Tonight, we tell our children that in some instances, in some cases, killing is right.

This conflict hurts us all, there are no SIDES. The people who support this proceeding think this is justice. The people that think that I should live think that is justice. As difficult as it may seem, this is a clash of ideals, with both parties committed to what they feel is right. But who's wrong if in the end we're all victims?

In my heart, I have to believe that there is a peaceful compromise to our ideals. I don't mind if there are none for me, as long as there are for those who are yet to come. There are a lot of men like me on death row- good men - who fell to the same misguided emotions, but may not have recovered as I have.

Give those men a chance to do what's right. Give them a chance to undo their wrongs. A lot of them want to fix the mess they started, but don't know how. The problem is not in that people aren't willing to help them find out, but in the system telling them it won't matter anyway. No one wins tonight. No one gets closure. No one walks away victorious.
at June 12, 2007