The commonalities between Michelle Tharp in Pennsylvania and Andrea McAnulty in Oregon are few but loom large.

Both women starved, tortured and abused their daughter to death. Both had other children that weren't subjected to the violence.

Michelle Tharp denies her guilt but Angel McAnulty admits to hers.

This crime is a aggravated murder and alway subject to the death penalty.

I wrote to Michelle for several years and it was the most convoluted line of bullshit that i have ever received. Those women in that Muncy prison and the strangest bunch of all I write to.

All the women, especially those who are one of several women on death row in the same facility, have an unspoken rule that you do not ask questions or inject your opinion on why another woman is there. Most look down on it as disrespectful and generally rude. Those Muncy women lose their shit over it. The each asked me for information on another and then used it against each other and blamed me. 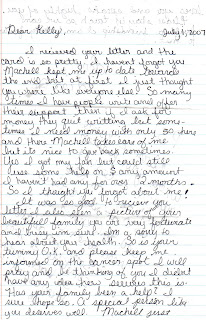