I've had a bad week and it's just Thursday.

Matthew Perkins was sentenced Monday. He took the offered plea of 3 life sentences to avoid a lengthy trial and a chance at death  and to spare the family more pain.

My heart breaks for that family and for Stephanie and her boys. Imagining the events of that terrible night will  bring any thinking person to tears. It is an indescribable tragedy.

Adding to this tragedy is the fact that Matthew is not a monster. Many people will take solace in the pain he goes through everyday. Guilt, regret and confusion rule every minute of every day for Matt. He has no explanations because he is still looking for them.

How can a decorated soldier come home from war so sick and no one care? How can the country he fought for turn their backs on him after he sacrificed his life and his sanity to them? I've often heard it said that you can take the soldier out of the war but you cant take the war out of the soldier. I've never seen a more true instance.

Three life sentences with no chance at parole is wrong for this man. Where is his PTSD treatment? Why isn't the Army fixing what they did to him? Where is their culpability in all this?

He didn't want to kill his family. He doesn't understand why it happened. He doesn't want sympathy and has no ill will toward anyone. He only wants people to understand that he isn't evil.  Long after the public forgets about the victims and this case he will still be thinking of them and wondering why it all happened. 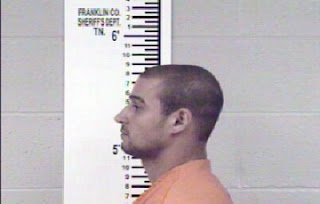