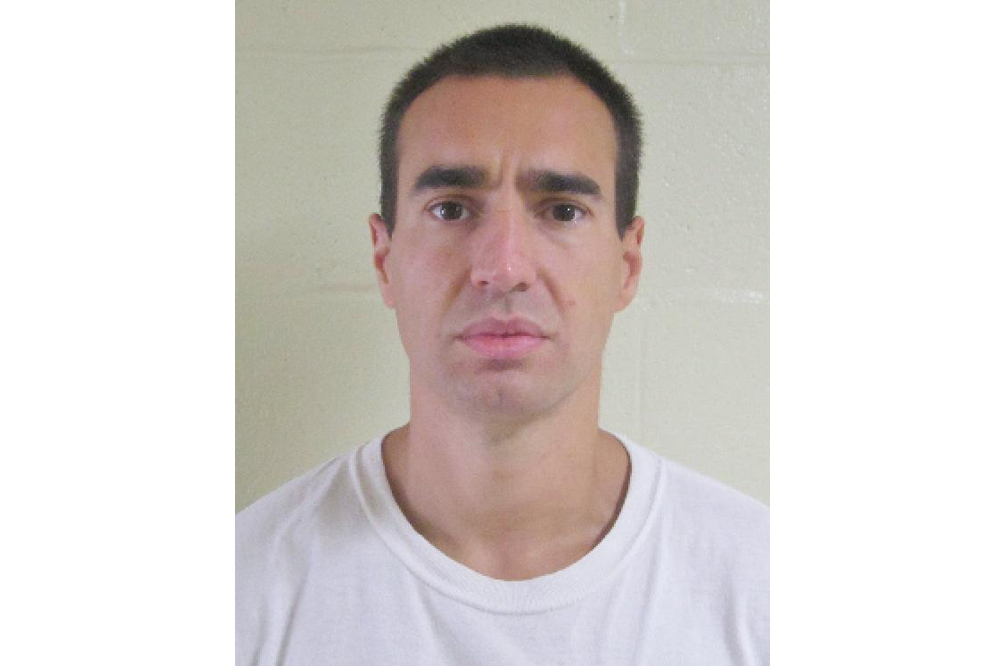 He’s compiling a compendium of his victim’s last statements and he remembers every word. He will never forget those words or those voices. Nor will he ever forget the other voices, those that commanded him, on that fateful day and for years preceding, to kill.

Isaac Zamora is responsible for the Washington spree killings of 2008. “I had no malice in my heart. I wanted only to kill the demons and save my family and everyone else,.” said Zamora from the Western State Hospital in Tacoma, Washington. He shot and killed six people on that day, including a lifelong neighbor and a local sheriff’s deputy he had had run-ins with before.

Isaac Zamora has been battling demons in his head for years. They tell him his neighbors hate him, they are out to kill him, that in fact, the world is out to destroy him and those he loves. The voices were clear and the instructions were simple. He must kill the demons on earth to protect his loved ones and the world. He had no choice, the voices told him. If he did not fight the demonic spirits, he would be left alone to be devoured. He was not afraid. God had told him he would provide him with all he needed. He would be doing the world a great service.

September 08, 2008 started out like any other day. He headed out of the house with no weapons, no deadly agenda. His pockets contained only a pocket knife and some spare change.

Isaac wandered aimlessly in and out of the neighborhood streets and the patches of thicket. Some houses he would go into and find empty or filled with construction materials.  Some were furnished but held no inhabitants. After wandering into a gun enthusiast’s home and finding three guns and a plethora of ammo,; he was sure God had indeed given him what he needed. “I loaded the guns and went outside to test fire them. Once I started shooting I just didn’t stop,.” explained Zamora.

His first stop was the home of a lifelong neighbor, Chester Rose. Isaac had gone into Mr. Rose’s house and found it empty. He began to look around for survival items when Mr. Rose entered the room and asked him what he was doing. Isaac explained about the demons and what was happening but felt Mr. Rose was being deceitful. That is when he shot him.  “He looked down and said you shot me.” He shot Mr. Rose in the stomach straight from the hip. “He used to wave to me all the time. I’ve known him for over 20 years.”

Shortly after Mr. Rose was shot Skagit County Deputy Sheriff Anne Jackson showed up to investigate after speaking with Zamora’s mother. “I opened the door and she was standing there. I shot her and she fell.” Isaac and Deputy Jackson exchanged gun fire until Isaac overwhelmed her. “I walked over to her and fired again.”

I asked Isaac what Deputy Jackson said before he pulled the trigger but he wouldn’t tell me. Instead, he plans to tell the deputy’s family in a handwritten letter of apology. “I just want to help give the families closure, if I can.” he explained.

After those first deaths Isaac describes a feeling of victory. The war had begun and he was its courageous leader. “I felt older somehow, wiser, stronger. I was on a mission from God.”
He spoke about how killing made him feel; “I’m not going to cry. Crying is not for grown men with only their own life to deal with. I love my family but have no kids of my own so I personally don’t feel responsible for anything but my life. I’m not trying to be callous or uncaring but my life here or out is going to be very difficult and that’s no kidding.”

Isaac jumped into an empty truck and drove aimlessly until he zoned in on the home of Fred and Julie Binchus. He drove the truck into the garage door and when Mr. Binchus came out to investigate he shot him in the hip. Fred Binchus ran toward the woods and Isaac then fired again hitting him in the back. He turned to Mrs. Binchus as she arrived home from work. He walked up to her as she was exiting her truck and fired on her. “I feel a lot of guilt now about Julie Binchus. I feel horrendous. She was always nice to me. She always waved when she saw me walking the neighborhood. She was probably a good woman with a lot to live for,.” Isaac told me. “The look on her face…she was so confused. She smiled at me.”

According to state records Isaac and his family asked for help several times before he finally snapped. So many times, he says, he couldn’t count them on both hands. In fact, Isaac had kept an appointment with his therapist the day before he went on the shooting rampage. “She just asked the wrong questions,.” he said quietly.

When Isaac left the Binchus home he continued his quest to save the world, stabbing a 61- year- old neighbor twice when his rifle jammed. He arrived at an area that was under construction and came upon two construction workers David Radcliffe, 58, and Greg Gillum, 38. “The first guy looked at me and said hello. He had a quizzical look on his face, like he thought I was there to work. I shot him and then the other man.”

Demons don’t kill easily, however. They rise. They manipulate the limbs of dead bodies and give chase. Isaac saw the dead limbs of Mr. Radcliffe rising and saw one dead eye begin to turn his way. He picked up a skill saw and opened the body, then ran it across the seeking, roaming eyes until he felt the demon was defeated and then moved on.

Voices of celebrities both dead and alive, voices of political figures, angels, demons, friends and family all rang over and over in his head commanding him to kill. Kill or die. Kill or watch your family destroyed in the most horrific of ways. Kill or doom the world to an unholy death.

And kill he did. After the construction workers he jumped in the stolen truck and drove down the interstate shooting and killing a passing motorist, Leroy Lange, before firing on a motorcyclist and hitting him in the arm. Two state troopers in unmarked vehicles spotted Zamora and began pursuit. Pulling off the Interstate he shot one of the state troopers, Troy Giddings, in the arm before finally feeling safe, his mission complete and driving to the police department.

The hero’s welcome that Isaac expected did not happen. He sits now in the Washington State Hospital waiting to get well so they can ship him to a penitentiary. He’s back on the medications he was prescribed for schizophrenia, bipolarity, severe psychosis and personality disorders.

“Why did I have to lose my mind?” he constantly asks through teary eyes, “Why me? I never wanted to hurt anyone. Why couldn’t anyone figure it out? I know I deserve punishment. I’m willing to take my punishment. I will be in this hospital for the rest of my life or until I get well enough to go to prison. I just want people to know. I never wanted to do this. Never.”

The voices have subsided, leaving only one,; his own.

“I think of what I have done and those people every single day. I hear their last words over and over. I asked for help but, I guess, no one knew how to help me.”