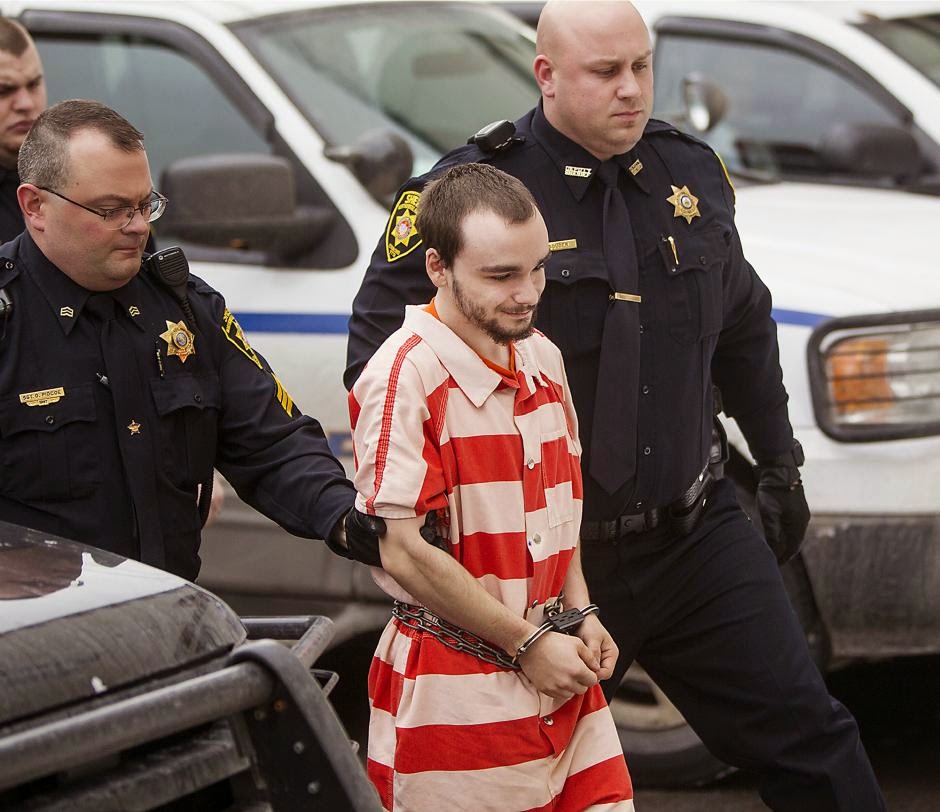 Miranda Barbour,19, is a Pennsylvania woman, Charged with the November 2013 killing of a man she lured from Craigslist. Miranda and her husband, Elytte Barbour, 22, lured several men from craigslist for sex during the months preceding the murder.

The couple had been married only three weeks when they decided they wanted to experience killing someone together. They moved from North Carolina to Pennsylvania and began contacting men on Craigslist for sex. They attempted murder several times, but were unsuccessful.

Troy LaFerrara, 42, answered their ad and agreed to sex for $100. He met Miranda in a parking lot and she drove him to a secluded area where she stabbed him 20 times and Elytte strangled him from the backseat. They dumped his body in a suburban backyard, but forgot to destroy his cell phone. The last call he’d made was to them.

She says he was a bad man; that when she had him in her car, her husband hidden under a blanket n the back, she asked him if it bothered him that she was only 16. He said no. Because of that, he deserved to die for being a perv. She said the code words "have you seen the stars tonight" and waited for her husband to pop up from the back to begin the slaughter. He didn't, though, for whatever reason so she stabbed him without his help. She also says they left the cell phone on purpose. She wanted to get caught.

After her arrest, Miranda claims she’s killed upwards of 20 “bad men” throughout the course of her life as a student of Satan. Her father and sister say she is a compulsive liar and heroin addict, suffering the effects of abuse. The trial judge described her case as the most physically extreme case of abuse he had ever seen. The state says they are taking these statements very seriously, find them credible and are investigating not only that, but also the death of Miranda’s baby-daddy some years earlier.

In May, a judge decided that the death penalty could remain an option for her upcoming trial due to the fact that she took money from her victim, making it a capital case. Since her arrest early this year and the ensuing investigation, there has been no evidence that she is, in fact, a serial killer.
at August 02, 2014