Pearl Sinthia Fernandez may be facing the death penalty. She and her boyfriend, Isauro Aguirre, are accused of the torture and beating death of her eight year old son, Gabriel. Pearl was known for her gang affiliations and sleazy lifestyle for years before the death of Gabriel.

Gabriel had been removed from her custody at one time and placed with family members. Her relationship with her son in those years was described as nonexistent by family members. She would not even address him at family events. This behavior is exactly why it was such a surprise when she fought to regain custody. Her cousins and Aunt say they believe it was for welfare money.

Soon after she took Gabriel home, he began showing up at school with bruises and marks. Teachers report his accusations of his mother punching, burning and shooting him in the face with a BB gun. Social workers checked on him but repeatedly left him with his abusive mother and boyfriend.

They finally beat him to death one day and police were called to find him barely breathing and unresponsive. He had broken ribs and other bones, burn marks and BB pellets in his stomach, face and groin. Isauro Aguirre admitted to punching him in the stomach at least 10 times earlier in the day. 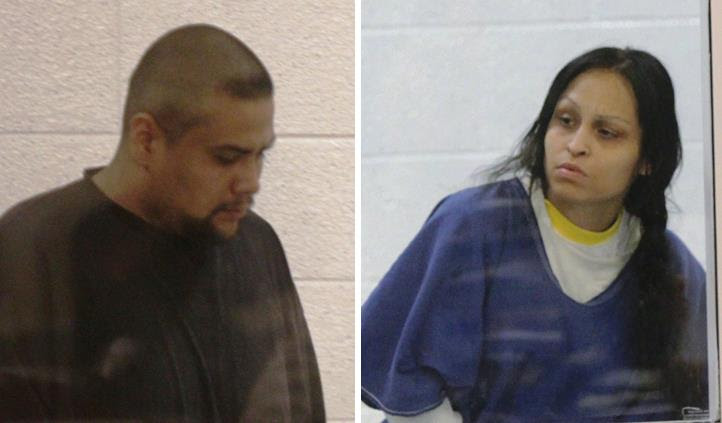 The death penalty very well may be on the table when this case reaches that point. But what of the social workers that visited time and again only to leave Gabriel with his cruel, gangbanging mother and psychopathic boyfriend. Many were fired when Gabriel died, but I wonder if they're incompetance haunts them.
at August 14, 2014