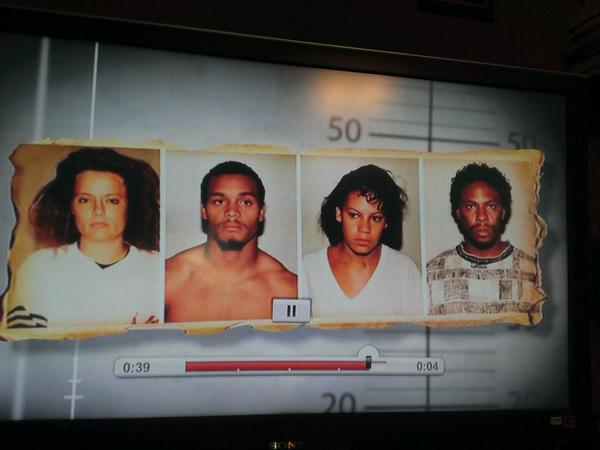 Robbin Machucca, one of the four California Mall Murder assailants sent me a letter I received last week. I have about three or four letters from Eileen Huber, another assailant in that set of spree killings that terrorized the California countryside in 1991.

It was Eileen's boyfriend and Robbin's brother, John Lewis, who was the ringleader on a quest to "get back at society" for all the perceived shortcomings he'd been dealt in his life. Robbin's boyfriend, Vincent Hubbard, was also a player in this deadly game where five people lost their lives.

Robbin's letters are slightly different from Eileen's, despite having spent the last two decades together paying for the three months of deadly terror they participated in. Eileen talks of regret and an overwhelming sadness. Her letters are filled with determination to take what hours she has left to fill and turn them into markers of accomplishments dedicated to the victims of the Puente Hills Mall killings. She takes classes and works at prison jobs. She volunteers and has written a memoir, which she distributes to area girl's juvenile facilities. She asks for addresses of girls detention centers and self help classes.

Robbin is equally as repentant, but handles it vastly different. While her letter was filled with regret and shame, there was a touch of self-pity. She repeatedly referred to her crimes as "regrettable", "disgusting" and "shameful". She urged me to "google my name because I cannot bear the shame of repeating the awful things I was involved in". She also laments long and hard about her situation, her lack of family, friends and funds and how long she has been incarcerated, 22 years, without actually having murdered anyone. She asks for letters. She asks for commissary money and  for information on lion prides.

I feel for her. I don't think she should have gotten LWOP. She was young and impressionable and coming from an abusive home, had no real shot at life to begin with. However, it's women like her that allows me a little understanding of those people who refuse sympathy to women like Robbin. While both Robbin and Eileen were knowing accomplices to their men on a three month long, cold blooded murder spree, they have come to terms with it differently.