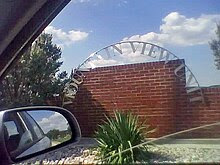 Let me begin this sordid tale by saying that I 100% believe in Darlie Routier's innocence. Not because of any friendships or online relationships but because in 2005 I read a book about her and it just didnt add up for me. I wrote to her and we corresponded and I did some more research. The more I read the more it just didn't fit. Shes innocent.
Anyway-
I dont post much about Darlie for a number of reasons, but mainly because she has an avid support group and doesn't need me. The women I correspond with most often have no one. They fight for their lives alone.

If you scroll down you'll find a few posts put up earlier in the year about some good news in Darlie's case and some facts about her defense. This is important stuff that needs to be out there because this womans life is on the line with some very questionable activity in the spotlight of her trial. We have more than enough reason to assume some fuckery took place with the prosecution and the evidence.

That being said, there are a few gals in the same prison as Darlie who I have had a relationship with for many years. I wrote and spoke to Kimberly McCarthy many times before they killed her. She was a funny lady with a lot to say about the civil rights era. I currently write to a few women in that prison. I send them books, educational information, crafts and supplies and sometimes money when someone donates. Sometimes I write about them here if they ask me too, as Darlies penpal did for her.

A few weeks ago I started to receive letters from these gals, one at a time, all pissed off at me for posting the Darlie information. They don't believe her story fits my theme here. Heres where it gets tricky for me. I dont want to be detrimental to Darlie's case, thats not what I'm here for. But these women, the women who live with her, have some pretty detrimental views on what she does and says that the rest of us arent privy too. They have all written letters with some wild accusations, asking me to make them public and expose what they feel is wrong.

Staying true to my girls could mean putting another woman's life in deeper shit.
Not doing what they ask means breaking a trust Ive spent years building and is the only constant in many of their lives.

On a closing note, let me say that Ive temporarily blocked most of the past posts on women from that prison so people cannot go through and figure out who the letters are from. You would not believe the amount of people with such shitty lives their idea of fun is to start shit with a bunch of women inmates.
at March 17, 2015

New comments are not allowed.