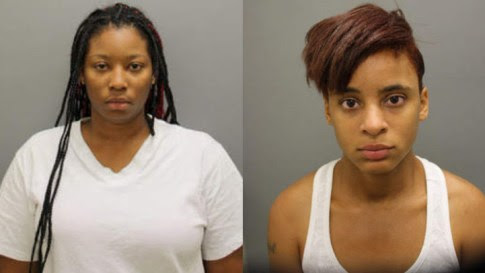 Last year at this time we talked about La Donna Curry and Audreianna McNeil, Illinois girls who lured a man to his death to rob him. Since this case broke there have been some odd developments or maybe an odd lack of developments is a better term.

LaDonna was one of many girlfriends of Fuzzy, who is described as fun and outgoing, the perfect personality for a club promoter. He had worked with some big names in the hip hop industry and his mother received a condolence call from comedian, Katt Williams. These girls met and lured Chicago club promoter, John “Fuzzy” Atkins to an address where two male cohorts attacked, robbed and killed him. La Donna and Audreianna last saw John on his knees, hands tied behind his back, alive.

These two women admitted what they did and are in jail. Where are the two men who did the killing? The latest news report I can find just says the men were not charged. WTF? I also found a report saying Atkins mother is being terrorized by these two male suspects the police apparently know about but haven't arrested.

How can this be? If your a Chicagoian and know more about this case speak up. I'm curious.
at September 06, 2015