She was charged with first-degree statutory rape and sodomy, as well as

incest and child pornography. Kyle was sentenced to 37-and-a-half years in prison. Tessa's daughter was eventually adopted by her foster mother. The foster mother read a victim's impact statement in court explaining how the baby would cry every time her diaper was changed or she was bathed.

Her lawyers argued she should only get probation because she suffers from a mental disorder that cause her to fall under the spell of any alpha dog and do whatever they ask of her. The trouble with that defense was that of all the things she did for him, when he wanted to become involved in bestiality she refused which clearly showed she could excise free will.

St Louis today reported a woman obtained an order of protection in 2008 against Tessa Vanvlerah, 18-years-old at the time, accusing her of seducing and having sex with the woman's 16-year-old autistic son. The autistic boy is thought to be the father of the infant girl in the case.

Janet Tyburski, 45, of Lakewood, Ohio, strangled her 26-year-old daughter Rachele to death in March of 2015. Rachele and her 4-year-old son lived with Janet. Police said Janet suffocated Rachele at their Lakewood home. She then dumped Rachele's body in a field off of Victory Lane in North Ridgeville in the early-morning hours of March 15. The remains were found later that day. When her body was found, police ran pictures of the her tattoos in the hopes that someone would identify the body. Janet called the police and said she recognized the tattoos as those of her missing daughter.

Tom Fialko, Janet's boyfriend and father of her son, came forward in June of 2015 to say she had tried to blame the murder of her daughter on him. He claimed she had called him the weekend before police found the body and tried to implicate him saying Rachele had went to his house to spend the weekend with him.

Janet was once married but her husband died years ago in an accident. Strangely enough, his mother, Danusia Tyburski, has come forward in support of Janet. She told her local news station that Janet, her son and their three daughters were happy when he was alive but after his death things turned sour. Rachele developed mental health issues when her father died. She had become violent in recent years. Janet struggled to take care of the her and her son but lost her job. She offered no excuse or motive for the murder other than Janet just lost it in the struggle to care for her mentally strained adult daughter. Janet told her mother-in-law that she smothered her daughter with a pillow. No one has yet to offer an explanation for why Hannah helped her mother.


Janet plead guilty to murder, tampering with evidence, and abuse of a corpse. A charge of aggravated murder was dismissed. She was sentenced Wednesday to life in prison with eligibility of parole after 19 years.
at April 09, 2017 No comments:

Petra and Joe Reese had been divorced since September of 2016 after 38 years. He moved on with his life and became engaged to 53-year-old Karen LaForge, a mom of three. The two had moved in together in a modest home in Roswell, Georgia. Although Joe, 56-years-old, had moved on, Petra had not. She stewed.

Petra, 55-years-old,  developed a plan to get Karen out of the picture. She enlisted a long-time associate, James Lloyd. and on January 17th the two went to Karen and Joe's home. James claims he threatened and accosted Karen but left her alive. He told her to make a new life and stay away from Joe and left her roughed up and shaking on the lawn. It was Petra, he said, that went back to the house and used cement stones to beat her to death.

Joe came to find his fiance dead in the yard and called 911. The cause of Karen's death was declared as blunt force trauma and strangulation. James has already been to court and was denied bail. Petra has not had an attorney so her dates were postponed. She was supposed to go to court Thursday but I cant find any info on what happened yet. I am sure they just denied her bail and set another date but Ill keep ya'll posted. 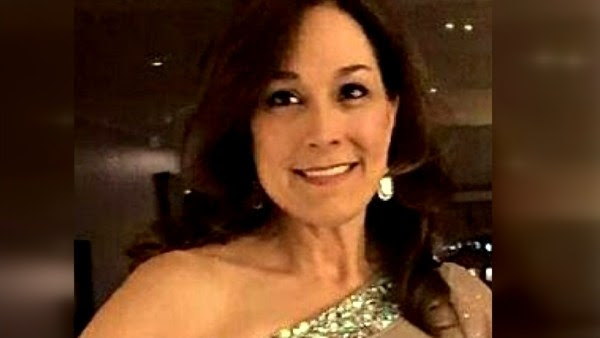