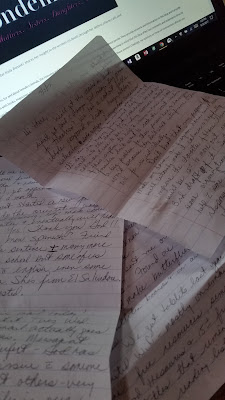 Pam also talks about her petition to turn her dorm into a program dorm, which means the women in that dorm would all be working a program. She is in her 3rd draft.
at September 24, 2017