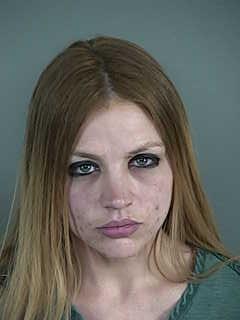 Lacy Lyons, 35, of Eugene, Oregon, will return to Lane County Circuit Court for sentencing on Tuesday.

Lyons’ attorney, David Saydack, told jurors in an opening statement to the trial that his client had shot and killed Turnage, who had been her boyfriend, after enduring months of threats that led her to believe that he eventually would kill her. Lyons testified in her own defense at trial earlier this week, according to court records.

Lyons walked away from the park after killing her boyfriend, and later called 911 from a downtown coffee shop to report the incident. The prosecutor added that during a subsequent interview with police, Lyons discussed the “toxic nature” of her relationship with Turnage but never asserted that she feared Turnage was going to use deadly force against her on the night of the shooting.

Turnage was unarmed when police went to the park and found his body in the back seat of a Ford Explorer that the couple had called home.
The couple had been camping in the SUV at the park, where Eugene city officials authorized overnight car camping as part of a program managed by St. Vincent de Paul.

Lyons is expected to be sentenced to life in prison when she returns to court Tuesday.