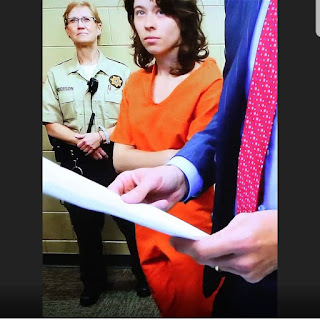 Every few months or so I run up on a case that gets a lot of local attention. I've noticed that when a case becomes infamous in a particular area as opposed to nationwide, the community can get really nasty. They want to point fingers, assign blame, and make wild allegations against everyone from suspects, to family members to cops. I suppose people don't act like that on more widely recognized cases because they are afraid someone outside their little bubble will witness their behavior. When I write about a case like that the locals come out of the woodwork and I start to get emails, DMs and comments from a variety of people who claim to know the family, area, in-laws, Sunday school teacher etc. Recently this has happened with the Brina Nie case in Kentucky. More than 10 people contacted me from that area to give me their 411. Its interesting to get these first-hand neighbor accounts that often have insight you cant get elsewhere. 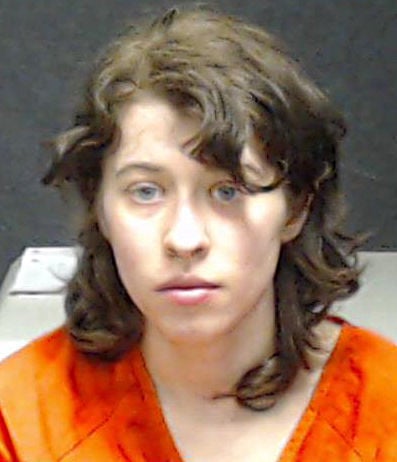 
Most recently, this phenomenon has occurred concerning Ezra McCandless and her alleged murderous activity in Wisconsin. As soon as I wrote about her stabbing her boyfriend 16 times and killing him, and the weird carvings on her arm, I immediately began to get correspondence from neighbors, acquaintances, friends and family. They have a bit more to say than what is being reported in the papers.

It is alleged that back in March, Ezra stabbed her boyfriend, Alexander Woodworth, to death in his truck on an old farm road. Afterward, she walked to a neighboring farmhouse, bloody, shoeless, and hysterical. The police came and tried to talk to her but she wasn't making sense, so they took her to the hospital. Hospital staff was able to discern her identity but not the origin of her unusual wounds and markings. The word BOY was carved into her arm. She had puncture wounds in her groin and inner thigh. Her hands were scratched and bloody.

Three of the 7 or so people who contacted me on this case claimed to know Ezra and agreed to let me print their statements. Ive grouped all of what they told me into one concise report below. Investigate and share your opinion.

More than one person reported Ezra has gender identity issues. While she dated men, she also identified as a man. Her real name isn't even Ezra. She changed it. Ezra claims sexual abuse as a child and that she is transgender. Even so, one mom whose son dated her told me that upon breaking up with Ezra, her son went out of state to visit relatives. He awoke after the long drive to find Ezra parked in the relatives drive way asleep after having followed him the whole 150 mile trip. Others say they only saw her dressed and acting very feminine and the idea she is trans is absurd. I had trouble with this because I caught on as soon as I saw her mug shot and heard BOY was carved into her arm. Neighbors say she is extremely artistic and has unusually superb talent in painting. Friends of Ezra and her victim Alex say he was extremely intelligent and bordered on genius.

Another local mom, who had TWO sons date Ezra, reported that she tried to pit the brothers against each other. Claiming to each that the other was abusive. She said Ezra contradicts herself a lot. One moment she would claim her mother was abusive and domineering and the next she would be the best mother ever to birth a child. This local mother says she talked with Ezra plenty during the time she dated her boys and she would change her personality (and identifying gender) to suit whoever she was trying to impress.

"I think she is a sociopath"


According to general local consensus, Ezra's mom is an area dentist's wife and doesn't like to 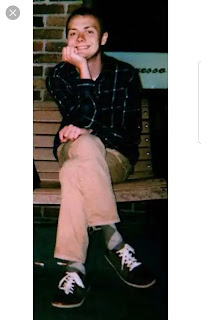 associate with her. Her adoptive dad is the local bar stud. Her grandparents (parents of her adoptive dad) spent a lot of time with her early on, however that doesn't seem to have helped shape her much. Some say her mom tried to get her help at one point but she refused and it was then her mom gave up. She never seemed to be happy no matter what her circumstance. One family friend reported a 4 day camping trip with Ezra where she left the room she shared with her boyfriend at 1 a.m. to attempt to wake his sleeping brother in the next room.

As far as motives go, nobody has any idea. Those who claimed to be close to her say it could be that when her grandfather began to die, it set her off. He was a local cop who had been in trouble for sexual misconduct and harassment. This be the molestation link she talked about as a child. Her died not long after she murdered Alex. Others say they believe she just snapped after longing to do something like this all her life.

She was found competent to stand trial last month and plead not guilty. 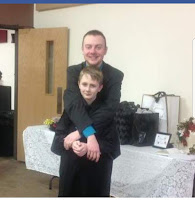 Thank you, thank you, thank you, to all the readers who contribute to stories like this. Every single one of them expressed a deep sympathy for Alex's family and a sincere hope that justice is done. Thank you to my girl M.M., CCB, PD, and J. I appreciate your help and encouragement.