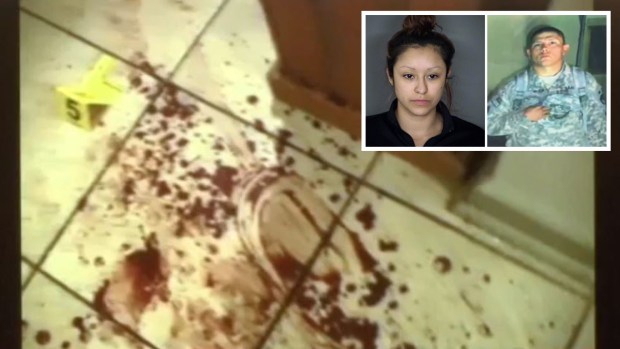 On June 10, 2017, 40-year-old Chason Montez-DeOca was killed by his 31-year-old girlfriends, Laura Messick. She had a long and colorful criminal history already, including a 2015 arrest for DUI with children in the car along with a pistol and some cocaine.

Laura claimed self-defense. They were having an argument because he had retrieved her from a local bar and made her come home. According to her own testimony, she shot him through the chest and then slashed his throat in an effort to ensure his death. Prosecutors claimed it was not self defense because the bullet went through his outstretched palm first.

Once arrested, Laura told her cellmate what she had done and she later testified against her. Chason was an Army vet and his surviving family members are friends with the cellmates family. Some believe there is reason to doubt her testimony.

Laura asked her judge instead of her jury to decide her punishment when she was found guilty. She received a life sentence, which is what the victims mother and brother wanted. She is eligible for parole after serving at least half her sentence.

Something tells me this girl is going to be right at home in prison and not bat an eye at this lengthy sentence.

Thank you, as always to Neva and Mike and everyone who helped put this piece together and supports Woman Condemned.