The Murder of Jennifer Daugherty 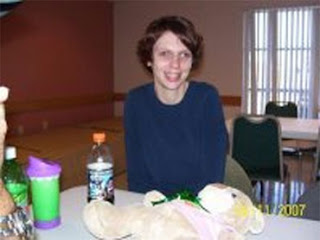 Thank you, as always to Neva and Mike and everyone who helped put this piece together and supports Woman Condemned.


This is one of those cases like the Christian/Newsom Knoxville, Tennessee murders. By that, I mean that it is so horrific I cannot fathom how it hasn't been picked up by a major network or media outlet. Jennifer Daugherty was killed in 2010 by 17-year-old Angela Marinucci, a jealous roommate.

I wrote about this case way back in 2015, and she had been convicted and given a life sentence but her age was causing some of her supporters to remind the state that people her age cannot be given such a harsh sentence, regardless of what they've done. This case has since come to be known as the Greensburg 6.

What Angela did, however, is so heinous it is hard to fathom someone so young could have committed so foul an act. Actually, many acts. Days worth of vile torture no normal person, much less a teenager, could dream up to do to each other. Over a boy no-less.

Jennifer was mentally disabled. Her mental capacity was said to be that of a 12 - 14 year old. She trusted everyone. She believed everyone was her friend. Especially those who killed her in her own Pennsylvania home in February of 2010.

Although Angela was the youngest of the group who lived in the home, she was, by all accounts, even her own, the ringleader. The others who joined in the torture and murder were Robert Loren Masters, Jr., age 36, Ricky Smyrnes, 23, Melvin Knight, 20, Peggy Darlene Miller, 27, and Amber Meidinger, 20. The prosecution was seeking the death penalty for Smyrnes, Knight and Meidinger.

The whole disgusting debacle started when Jennifer got flirty with Ricky Smyrnes. He was dating Angela at the time and she got pretty upset about it. She talked Amber, who was pregnant with Melvin Knight's baby, into getting upset about it too and the two of them attacked Jennifer, beating her head against a bathroom wall.

We will never really know the truth, but several taped confessions were played during their various trials. In Ricky Smyrnes confession he says he was in love with Jennifer and not Angela. It was him that Jennifer had rode the bus for several miles to visit. In Knights confession, he says after Angela and Amber began beating Jennifer, they all joined in. Smyrnes says he only did it because Knight would have killed him if not.

Knight laughed in court when he heard himself confess on tape. He listened raptly to his own voice describe how they tied Jennifer up and beat her with anything they found around the house. They stomped on her chest and stomach over and again. They forced her to eat feces and urine from the girls mixed with oil and soap. It is unclear what part Peggy Miller and Robert Masters played. 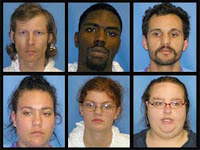 Melvin Knight and Ricky Smyrnes were given death sentences.
Angela Marinucci was convicted of first-degree murder and sentenced to LWOP. Prosecutors said the death penalty was not an option for Marinucci because she was 17 at the time of the murder.

Amber Meidinger was sentenced to 40 to 80 years in prison after pleading guilty to third-degree murder, kidnapping and conspiracy. She accepted a plea deal which included giving testimony against some of the other suspects.

When they finally decided to kill her, Ricky went into the kitchen for a knife but both he and Melvin blame each other for the stabbings. Angela is said to have screamed "Is she dead yet? I just want her dead." Once they killed her, they covered her body in Christmas decorations and dumped it in a school garbage dumpster.