The following case, suggested by Neva, a Woman Condemned Patron, may be to much for some people to handle. So be warned before you read on, this is disturbing stuff to deal with. 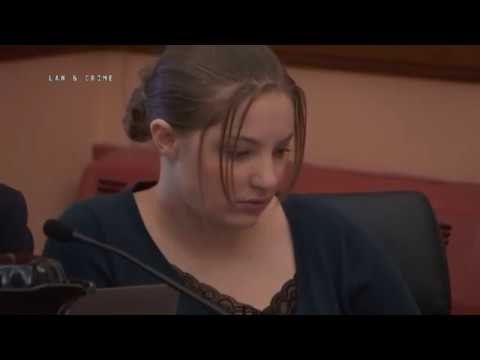 Cheyanne Harris lived in Iowa with her two children in 2017. Also in the home was her on and off boyfriend (and baby daddy), Zachary Koehn. Here is his Facebook page. Neighbors and aquaintances in the neighborhood report he was a kind and generous guy who volunteered around his hometown until he began taking drugs. Take a look at that Facebook page. He has some really weird posts on the day Sterling died, and then also posts about losing custody of the daughter. A lot of random status updates unusual for a guy whos son died in his own filth.

In August of 2017, police and emergency responders were called to the home when Cheyanne found her four month old son, Sterling, dead in his baby swing. It ook only a few seconds for them to realize something horrifying had happend to Sterling. Magnets squirmed from his diaper and festered in the open wounds underneath. He weighed only seven pounds. He had been starved, dehydrated, and neglected to death. It appeared hed been in the swing for an extremly extended amount of time before his death. A death that appeared to have occured quite some time before the authorites were called. It was later discovered he had developed E-coli from the maggots. It was later determined the diaper had not been changed in a week.

An EMT on the scene reported a strong smell of urine and feces in the apartment in Alta Vista. When she apprached the baby swing the smell was stronger. It was extremly hot in the room but Sterling was wrapped in a blanket. When the EMT removed the blanket, a swarm of gnats erupted into the air.

Sterling had not been seen by his pedeatrician since his birth since he was born in the bathtub and an ambulance was called later. No one realized he was wasting away. Zachary has another son, Caden, three years old, who lives with his grandparents. Both Cheyanne and Zach were in drug treatment and Cheyanne was also being treated for PTSD. Strangely, Cheyanne's daughter was well-fed and in good health when police arrived. Once removed from the home and placed in foster care, a hair folicle test was done on her w hich showed positive for meth.

Cheyanne Harris's defence was depression, post pardum, PTSD and mental health issues. Her lawyers pointed out that she wasnt abusive. She never hit or harmed Sterling. Babysitters and neighbors testified that they were nice people, but drugs took over thier lives.

The jury was not sympathetic and handed down a life sentence to both of the parents of Sterling Koehn.


Want to suggest your own story topic like Neva does? Become a Patron of the Woman Condemned for as little as $1.99.