Paris Stabbed Her BF to Death 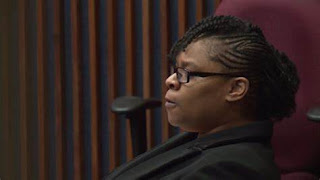 Paris Kimbrough was convicted of capital murder in September 2019 for stabbing Nicklos Dean to death.

The confrontation occurred at Dean's porch at his home in Huntsville in 2016. The state argued that Paris Kimbrough committed burglary and intentionally killed Dean. Her attorney said she stabbed him in self-defense.

The prosecution built its case from Kimbrough's recorded jail phone calls where she describes exactly how she committed the crime, going over to his house, banging on his door, stabbing him, coming back out, and then watching him lay there and bleed to death.

The jury had a lot to deliberate. They were deciding whether the state proved beyond a reasonable doubt that Kimbrough committed capital murder. She was convicted.
at December 19, 2019