Rebecca O’Donnell was out for blood.
Barely a single detail of the murder of former State Senator Linda Collins has been released. All documents have been sealed.
We do know that Rebecca Lynn O’Donnell, 48, was arrested and charged with the murder in 2019. 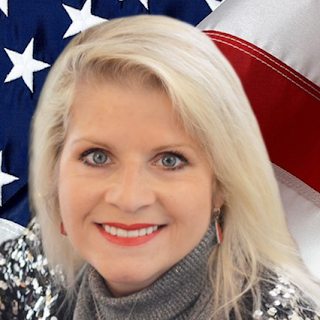 Earlier this year, she was also accused of suspicion of two counts of solicitation to commit capital murder after trying to solicit fellow inmates at the Jackson County, Arkansas, jail to kill Collins’ former husband, Phil Smith, Prosecuting Attorney Henry Boyce and Circuit Judge Harold Erwin, as reported by KAIT 8. Reportedly, she hoped to have Smith killed and a suicide note left to clear her of all charges.
She is also facing abuse of a corpse and tampering with physical evidence charges.
And it’s all over money, and the long, drawn-out plot she had to drain Collins of every penny she had or could get.
Linda Collins-Smith was found dead June 4, 2019, outside her home in Pocahontas, in an "advanced state of decomposition" approximately 130 miles northeast of Little Rock. It took authorities two days to identify her using dental records, according to a statement released by prosecuting attorney Henry Boyce.
Rebecca O'Donnell is scheduled to go to trial in the fall of 2020. Prosecutors planned to seek the death penalty.
Police report Collins-Smith was stabbed, and Rebecca O'Donnell was captured on video removing security cameras from inside the former senator’s home.
According to witnesses in the investigation, Collins-Smith and O’Donnell were close friends. O’Donnell had been a testifying witness in the former lawmaker’s divorce from Phil Smith. O’Donnell had worked on the campaign trail alongside Collins-Smith and worked on grassroots activities even after her lost reelection bid.
O'Donnell's fiance, Tim Loggains, was granted power of attorney for Collins after her divorce. He has not been charged with any crime and has steadfastly asserted O'Donnell's innocence. She also claims innocence in both cases.
If I had to guess, I would say Rebecca O'Donnell had a master plan in place to embezzle money and when evidence is unlocked we will probably see that she has already obtained considerable funds bilked from Collins. She was probably about to get caught.
Of course, we all know how police in the country work and it is possible that she's caught up in some kind of melee of circumstantial evidence that looks worse than it is. Possible, but not probable.
She will go to court in September or October and hopefully, we will find out more then.