2017- For my Man episode on TVOne about Eileen Huber.

2012- Interviewed by Joy Krause and Jmac Productions for their documentary on prison relationships.

2012- Interviewed by Erica Diamond for an article called My Friends on Death Row for the Women on the Fence blog.


2011- Interviewed by Vice Magazine at the attempted execution of Hank Skinner in Texas for their documentary about women who fall in love with death row inmates. 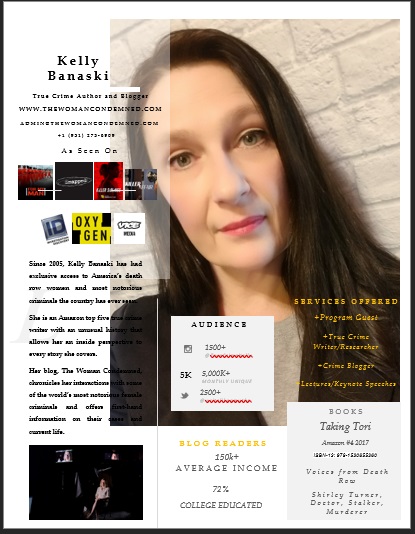