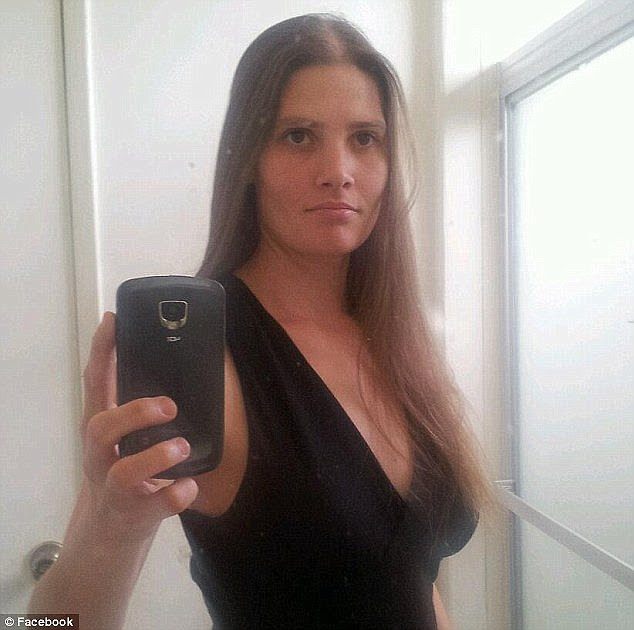 A South Bay California woman cried before a judge sentenced her to three life prison terms without the possibility of parole for killing her three daughters in 2014 in their home near Carson.

Carol Coronado, 32, shed tears as women’s health advocates pleaded with Compton Superior Court Judge Ricardo Ocampo to consider sending her to a mental health institution instead of a prison cell.

Acknowledging she needed help, Ocampo called the crimes against her children vicious, sophisticated and with vulnerable victims who trusted her, but said she could receive care while serving the rest of her life behind bars.

ditch efforts from Coronado’s attorney, her husband and women’s advocates to persuade him to change his mind.

During her trial in November 2015, Ocampo found Coronado guilty of three counts of first-degree murder with the special circumstances allegation that she committed multiple murders. The May 20, 2014, crimes were horrific. Coronado used four knives to slash her children’s throats. Additionally, she stabbed 3-month-old Xenia and 2-year-old Sophia in their hearts, and beat 16-month-old Yazmine in the head with a claw hammer.
Coronado was found naked and bloody, in bed with her dead babies, holding a knife by police. The children's father and grandmother were home at the time of the crime.


http://www.dailybreeze.com/general-news/20160201/carol-coronado-sentenced-to-3-life-prison-terms-in-brutal-killings-of-her-daughters-near-carson
at August 29, 2017 No comments:

Glenna Duram's Parrot Gave Her Away for Murder

WHITE CLOUD, Mich. (WOOD) — A jury has found a woman guilty in the murder of her husband who died in their Sand Lake-area home in 2015.

On Wednesday, 46-year-old Glenna Duram was found guilty of first-degree murder and a felony firearm charge in Newaygo County Court.

Martin Duram was shot five times and found dead in their Ensley Township home in May 2015. Glenna Duram survived a bullet wound to the head in what prosecutors said was a suicide attempt.

Family members said the couple’s pet, an African grey parrot named Bud, seemed to replay the murder by mimicking what sounds like an argument between a male and female.

In a video the family said it took several weeks after the incident, the bird says, “Don’t fucking shoot!”

The 15-year-old girlfriend of a teen accused of shooting her mom in the head is charged with arson and concealing a homicidal death. Anna Schroeder, 15, who lived with her mom, Peggy S. Schroeder, 53, at 805 W. Park St., is charged with two counts of first-degree murder, concealment of homicidal death, and arson. If convicted of murder as a minor, she could serve until she is 21.
Investigators say Schroeder shot her mom the afternoon of July 6, then she and Rachel Helm spent a day cleaning up before setting the house on fire July 8 to conceal the crime.
Helm, 15, of Rock Falls, who prosecutors say actually set the fire, made her initial appearance on August 8th in Whiteside County court, the first time her formal charges were read. Anna appeared at a pretrial conference shortly before; her initial appearance was July 11.

Whether either teen will be charged as an adult is yet to be determined.

The girls are being held at Mary Davis Detention Home in Galesburg. Judge Trish Joyce granted Whiteside County State's Attorney Terry Costello's motion to have staff there to keep the two girls separated at all times.

Anna is represented by Sterling attorney Jim Mertes, who told Joyce the defense is unable to conduct a productive pretrial conference because he has yet to receive evidence and other information, called discovery, from Costello.

Both girls have hearings Aug. 29.

According to testimony from sheriff's Detective David Molina, who interviewed both girls: Anna was waiting at home with her mom's .38 revolver when Peggy, who worked at the Wahl Clipper Service Center, 3001 N. Locust St. in Sterling, came home around 5:30 p.m. Anna met her in the living room, told her to put a towel over her face and shot her in the forehead.

She texted Rachel about what she did, then sent her a picture of her mom's body when Rachel didn't believe she'd done it. Rachel's mother gave her a ride to the Schroeders' home that night, and the girls tried to clean the blood out of the carpet.

They went to sleep in Anna's room, and July 7 moved Peggy's body to her bedroom, laid her on the floor and covered her with a bed sheet.

They kept working on the carpet.They walked to Subway, where they spent an hour eating and where Anna learned that her father, Daryl Schroeder of Walnut, was coming to Morrison. She vomited in Subway's bathroom.

The girls then walked to a nearby store to buy more cleaning supplies. They decided to run away, and that night they dyed their hair. The next morning, Rachel set fire to the bed sheet covering Peggy and to sheets in Anna's room, then they walked to Grove Hill Cemetery, and hid Anna's phone and the gun, which since have been recovered.
Anna went to her father's home, although it's not clear from testimony how she got there, and Rachel went back to her family in Rock Falls.

Around 1:30 p.m., Peggy's neighbors reported smelling burning plastic. An off-duty Erie firefighter who was in the area broke down the door as Daryl Schroeder was driving up to the home. He called 911.

That day, Rachel confessed to her mother, who drove her to the Sheriff's Department around 8 p.m. Rachel told Molina what happened and where Anna, who she said might be suicidal, could be found.

At 8:37 p.m., Anna posted a message to her mom on Peggy's Facebook page:
"I don't even know if you can see me right now but if you can I just want you to know you were my best friend. There were so many things I wanted to say and do with you. I wasn't always the best daughter and I'm so sorry. I love you so much mom I just want you to know and I'll never forget you."

The message was followed by two heart icons.

Anna was picked up at her dad's house and taken to the Bureau County Sheriff's Department for questioning. She broke down, asked for her father and confessed everything – including having researched children who murdered their parents, Molina testified.
http://www.saukvalley.com/2017/08/08/girlfriend-in-shooting-charged-with-arson-concealment-of-homicidal-death/a55a8kf/
at August 10, 2017 No comments:

Free Books and True Crime Swag For Blog Readers Only

My new book just came out. Voices From Death Row. I'm giving away five copies. Each copy has a cool murderous writing implement to pen your own true crime tales, as well as copies of authors notes and letters from inmates used in the book. I am offering this here only. If you aren't a regular reader, you will not get the opportunity to enter. Your chances are good. 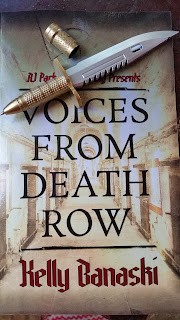 Kelly Banaski takes you deep into the souls of men and women who remind us why some people should never get out of prison while showing their human side as well. From crimes that took the headlines to crimes few have knowledge, Banaski leaves no stone unturned in an effort to answer the "why?" of crime.
Judith A. Yates, Criminologist & True Crime Author

The Machinery Of Freedom: Illustrated summary