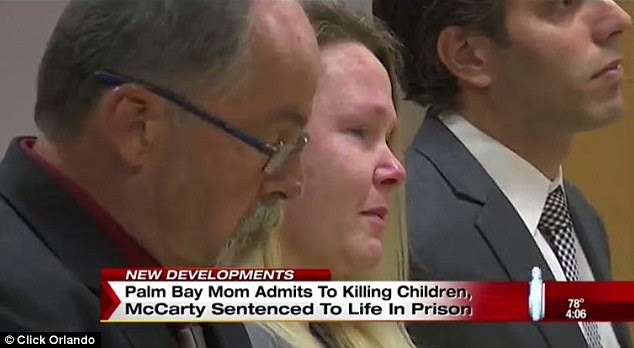 We talked about Jessica McCarty a while back. She admitted to the murder of her three small children. She took a life sentence to keep from having a trial and more than likely a death sentence. Police say that Lacey McCarty, seven, was drowned in a bathtub, and that Phillip McCarty, six, and Christopher Swist, five months, were strangled.
She'd had a lengthy history of drug abuse but it was her mental illnesses that the defense blamed for the murders.

‘Jessica was failed by the mental health profession, where she desperately sought help, but it was never given,’ Patricia Null, McCarty's mother, said. ‘Now we are all paying the price for that.’
McCarty’s treatment was a complete failure of the mental health system.  McCarty sought mental help just days before she killed her children.